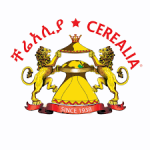 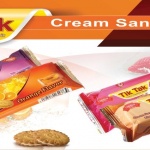 0 Reviews
0.0
Write a Review
This company has no reviews. Be the first to share your experiences!

Location map
Show Map
Expand Map
Debre Ziet Road, Akaki Subcity, Addis Ababa, Ethiopia Get Directions
Description
As the very first industrial food processing Enterprise in Ethiopia, Kaliti Food S.C. and its flagship brand Cerealia have been household names known and loved by more than three generations. Since its establishment in 1930 E.C, Kaliti Foods has been gracing the homes of millions of Ethiopians with a variety of affordable wheat-based food products.

Kaliti Food S.C. is the only food-processor based in Addis that is diversified across four concentric & complimentary market concepts ranging from Milling, Biscuit Production, Pasta/Macaroni Production & industrial bakery. The Company‟s greatest advantage is derived from this horizontal integration which offers the best economies of scale advantage relative to its major competitors across the four market concepts.

Kaliti Food S.C (KFSC henceforth) is located in Addis Ababa. The main Factory site is situated on 68,000 Sqm of land which houses the Flour Mill, a two-line Biscuit Plant, a two-line pasta/Macaroni Plant and an industrial bakery with daily production capacities of 150 Tons, 36 Tons, 24/24 Tons & 8 Tons respectively. KFSC‟s second, 5,000 Sqm factory site located 5 Kilometers away houses a self-sufficient industrial bakery with a daily production capacity of 12 Tons.
After seven decades under State ownership, Kaliti Food S.C. was acquired in FY2003 by a young & visionary Company, Romel General Trading PLC through the Public Asset Privatization Program. After acquisition, Romel General Trading invested an upwards of 15 Million ETB to revamp the Company‟s Operations which resulted in a 12% increase in overall capacity utilization which increased its gross annual revenue by 78% from 68,927,052 in FY2003 to 122,931,201ETB by FY2004.

KFSC has one of the largest design capacities in the industrial sub-sector with its five plants and 7 production lines combined. By year end FY2005, the Company‟s utilization of its aggregate design capacity between the 7 lines was 27%.

In FY2006, KFSC is steadfast in building its organizational capabilities & competitive advantage by joining forces with an International equity partner, Schulze Global Investments (SGI). Through this partnership, the Company is planning to inject a total investment of 185,000,000 ETB to implement targeted upgrades in all of its production units, expand its working capital & obtain an ISO14000 certification. The Company expects to drive its annual volume to 193,000,000 ETB in FY2006 with a 38% aggregate capacity utilization.

Vision
To build the largest Food Processing & Distribution Enterprise in East Africa that is recognized for delivering the highest standards in innovation, quality, service & social responsibility.

Mission Statement
We operate as leaders in the Ethiopian Food Processing Industry by driving performance at every level of our organization, meeting global standards in operations and benchmarking excellence in innovation & delivery.

Our Values
We own it….then do it!Every difference makes a differenceDo the right thingEveryone countsDeliver world-class service
Our Models
KFSC offers its products to both the mass consumer and the organizational consumer markets.

The mass consumer market is segmented in two categories. The Commercial Segment - (consisting of resellers such as Wholesalers, Retailers & distributors) and the Consumer Segment (comprises of direct & indirect consumers/ final end-users).

The Commercial segment is the most important segment for KFSC not only as the source of high volume revenue but also because it supports long-term growth objectives by channeling the Company‟s products to consumers throughout the country. Due to the lack of modern & ethical trade practices however KFSC like many other manufacturers of FMCG had to integrate forward and compete in the Wholesale distribution & retail value chains.

This integration, thou necessary, is not only cost prohibitive but also stunts the strides the Company could make by focusing on production.

With regard to the non-commercial segment, although the Institutional group contributes a significant volume to the Company‟s revenue, a greater, long-term growth potential exists within the service-based end-user group due to the rapid growth of the service industry.

Although the Company‟s core business is generated from the Biscuits category, KFSC offers an assortment of good quality, affordably priced products in three additional categories including Flour, Bread as well as Pasta & Macaroni.

Consumer market segment is made accessible to KFSC as a result of KFSC‟s forward integration into the retail value chain. During the years of State ownership, KFSC operated close to two dozen Wholesale/retail outlets throughout the Country. After privatization however, the Company has retreated its retail operations significantly and retained only 6 outlets in Addis Ababa two of which are Factory Gate outlets. In FY2006, KFSC has innovated a franchise model and is in the process of transferring the operating rights of its retail outlets over to its franchise partners.

Our Advantage
KFSC‟s latent competitive advantage remains to be the Cerealia Brand Name which is widely known and strongly associated with Biscuits & Pasta.

In the past two years, the Company has built a vis-à-vis advantage in Biscuit products through a differentiation strategy. While remaining consistent with current market trends in product design, KFSC delivers tangible differentiation by offering „the missing feature‟ from the choices available in market. Be it pricing/quantity, choice in flavor, packaging appeal or quality of ingredients, KFSC‟s competitive advantage is gained from the solutions provided to the consumer.

To ensure the sustainability of its differentiation advantage while remaining attractive to the „price sensitive‟ mass consumer market, KFSC follows a baseline rule of designing products within the most affordable (lowest) pricing scheme and offering its differentiation advantage as a value-added. To leverage the strategy of providing tangible solutions in product features without charging the Consumer a premium and/or compromising its margin, the Company takes advantage of economies of scale & diversification as well as optimization of processes & specification.

With regard to Pasta & Macaroni products, KFSC has built and will continue to strengthen its competitive footing on a price advantage. Considering the needs of the average consumer amidst high inflation rates, focusing on delivering staple food items at the lowest possible prices has proven to be a key driver for our business. In the Flour concept, KFSC positions its products at average market prices but strives to deliver added value to the consumer by taking additional steps to excel in quality & convenience.

The Company‟s 78% growth in revenue since privatization is highly credited to its product & brand development capabilities & positioning strategies. Using these strong capabilities, KFSC plans to grow its product assortment by 100% all categories by year end FY2007.

The Company‟s executive leadership team consists of a CEO, COO & CFO and the operational management team comprises of 12 Department Heads and 25 Middle level managers. KFSC as an organization is highly committed to raising the bar for excellence and rigorously invests in building leadership and management skills at every level in order to achieve its organizational vision.

The Company‟s Executive, Senior, Middle & Junior management team comprises of highly talented, ambitious & intelligent professionals who are passionate about business and committed to driving the Company‟s Vision by exerting strong efforts towards personal, team, organizational & community development. The Company‟s HR strategy is focused on acquiring talent & ambition, harnessing the highest potential in people, building leadership skills at every level, cultivating achievement through continuous coaching & training, as well as retaining a high-caliber human asset base by recognizing & rewarding performance consistently. Currently, KFSC has a staff size of 368 permanent & 100 casual employees which it plans to grow annually along with its capacity utilization.

Similiar Page for Your Business?

Make sure everyone can find your business online. Create your dedicated company page on Ethiopia YP - it's simply and easy!
List Your Business
BACK TO TOP